The paper "Ancient clam gardens, traditional management portfolios, and the resilience of coupled human-ocean systems" by Julia Jackley, Lindsay Gardner, Audrey Djunaedi and Anne Salomon has been awarded the Best Paper of 2016 in Ecology & Society.

In the paper the authors describe how indigenous communities along the central coast of British Columbia built rock walls to change the slope of beaches and expand the optimal habitat for clams, thus contributing to their food security. The management of the clam gardens is part of a suite of resource stewardship practices that are evidenced by structural and cultural legacies still visible on the coast today. In their study the authors compare clam diversity, density, recruitment and biomass between walled beaches and unmodified beaches. They found higher clam density, recruits, and biomass in modified beach terraces created by the ancient rock walls compared to the clam density in nearby unmodified non-walled beaches. The authors also discuss how traditional governance systems involving proprietorship over territory and systems of reciprocity further enhanced system resilience.

The best paper award recognizes novel research that integrates science and policy for sustainable social-ecological systems. The winning paper is voted on by the board of editors from a short list compiled from all peer-reviewed papers published during the year. A prize of 500 Euro from the Foundation of Scientific Symbiosis, scientific-symbiosis.org is awarded to the authors. 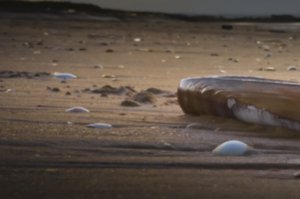